The annual Wallace Wilson Leadership Award is presented to a graduate who has demonstrated high ethical standards and outstanding leadership to the profession. 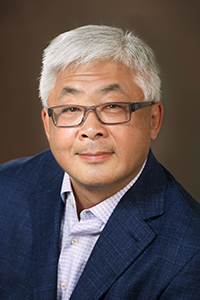 Dr. Gin graduated MD at UBC in 1985, and completed his internal medicine and adult cardiology training, followed by an echocardiography fellowship. Appointed by the UBC Department of Medicine and VGH Division of Cardiology in 1992, he achieved the rank of Clinical Professor in 2008. He was Director, UBC Postgraduate Cardiology Program for 10 years until 2009; under his tutelage the program grew from 2 residents to 17. From 2009 to 2012, Dr. Gin served as Head of the UBC Division of Cardiology for Vancouver Acute. From 2009 to 2020, he served as Head of the VGH Division of Cardiology and he just accepted the position as the Head of Department of Medicine for Vancouver Acute. As of January 2015, he was appointed as the Regional Program Medical Director for the Regional Cardiac Program. 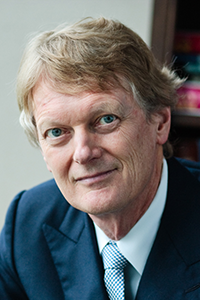 Dr. Warren is a Clinical Professor of Surgery at the University of British Columbia in the Division of Plastic Surgery. He is currently Medical Director of the Vancouver Plastic Surgery Center.

Dr. Warren was born and raised in Port Alberni, British Columbia, Canada. He attended UBC, doing Mathematics and then Medical School, graduating in 1974. He did a rotating internship in California, then Plastic Surgery Residency at UBC (graduation 1981) followed by a Fellowship in Norfolk Virginia.

Should you wish to submit your nomination form and associated documents by e-mail, a PDF-version of the nomination form is available and can be submitted to med.alumni@ubc.ca.

Award nominations open in the winter and are presented at the UBC MAA AGM and Awards Ceremony in the following spring.

Only nominations received by the deadline date will be accepted. Incomplete nominations will not be considered.

If you have nominated an individual for the 2020 MAA Awards, please note that nominations will be considered for up to 3 years from the original submission date.

Nominations will be reviewed by the UBC MAA Board of Directors after the nomination deadline. The UBC MAA will advise all nominators accordingly.