This award is given to a graduate of the 25th anniversary class who, in the opinion of his/her classmates, has best demonstrated qualities in one or more of the following areas: leadership, research, teaching, clinical care, administration or public service. 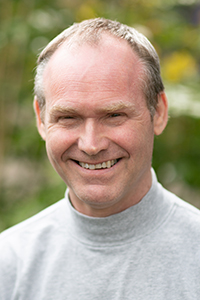 Dr. G. Michael (Mike) Allan is the Director of Program and Practice Support in the College of Family Physicians of Canada and Adjunct Professor in the Department of Family Medicine at University of Alberta. He completed his medical degree and residency at the University of British Columbia, followed by 4 years in the Canadian Forces with the Esquimalt Naval Base in Victoria, with additional training in hyperbaric, aviation, and addiction medicines. He worked in the United Kingdom and travelled to Singapore working in hyperbaric and diving medicine, and sailed across the Pacific Ocean working as a ship’s doctor. In 2002, he joined the family medicine faculty with the University of Alberta, collaborated on a variety of award-winning evidence-based/education/research programs and retired as a full professor in 2018. Clinically, he worked as a civilian doctor at the Canadian Forces Base for six years, as well as at the Northeast Community Health Centre with a high-needs patient base, specifically focusing on those with an increased social deprivation index. Dr. Allan has since moved to Salt Spring Island and works remotely with the College of Family Physicians of Canada.

Over his 20+ year career, Dr. Allan has given over 300 invited presentations and published 150 articles. He contributes to a regular evidence-based update (called Tools for Practice) distributed to 40,000 clinicians and published in the journal Canadian Family Physician. Dr. Allan also co-presents a weekly medical podcast (on Apple Podcasts) called Best Science Medicine podcast. He has also authored many primary care guidelines, including Simplified Lipid Guidelines and the Simplified Guideline for Prescribing Medical Cannabinoids and has worked on national groups, such as the Canadian Expert Drug Advisory Committee and PEER (Patients, Experience, Evidence, Research), a Primary Care Guidance Group.

The award will be given to a member of the MD class in recognition of their 25th Anniversary at either their 25h Anniversary reunion or the UBC MAA AGM and Awards Ceremony.