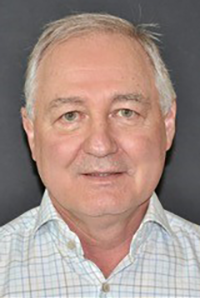 Dr. Hill was born and raised in Saskatchewan. He did his undergraduate, medical school, general surgery and plastic surgery training at the University of Saskatchewan, finishing in 1987. He then went on to do fellowship training in hand and microsurgery with the father of microsurgery, Harry Buncke at the University of California, San Francisco. Dr. Hill has practiced in many locations around the world including Victoria, the Middle East and now in Vancouver where he is a member of the UBC Plastic Surgery group as a Clinical Professor. His practice is mainly reconstructive microsurgery and hand surgery, but is known to dabble in most areas of plastic surgery. He has a special interest in resident teaching and was Program Director at UBC for a number of years as well as a Royal College examiner. Dr. Hill has received teaching awards from the Department of Surgery as well as Vancouver General Hospital. He has been awarded an Honorary Alumni award from the UBC Division of Plastic Surgery. He has worked extensively in Africa and helped set up a training program for Uganda.

He has 3 grown children, Matthew, Amber and Janelle and a fantastic wife Joan. Nine months ago, he has become a first time Grandpa. 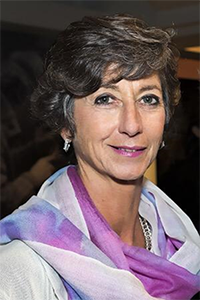 Dr. Levin is a Professor of Medicine, Head Division of Nephrology at the University of British Columbia, and Consultant nephrologist at Providence Health Care (PHC)/St. Paul’s Hospital, in Vancouver Canada. She has been appointed Sr Medical Lead, Integration Clinical and Academic Networks at PHC.

She is the Executive Director of the BC Renal Agency, which oversees the care, planning and budgets for kidney services in the province of British Columbia.

Dr. Levin is active in international activities across the spectrum of kidney education, research and administrative activities, and was past President of International Society of Nephrology (ISN), from 2015-17), and a founding member of the Declaration of Istanbul Custodian Group (DICG). She advocates for patient rights to equitable access to care, and in the prevention of exploitation of vulnerable populations.

Her major research interests include CVD in CKD patients, variability in the progression of CKD and optimal models of care. She has over 300 peer reviewed publications, and numerous book chapters. She is the Principal Investigator on a patient-oriented network grant CAN SOLVE CKD. Dr. Levin actively mentors residents, nephrology fellows, and health administration fellows and others in clinical and research activities.

Her teaching and research awards include: Canadian Society of Nephrology Outstanding Contributions to Canadian Nephrology (2013), Kidney Foundation Research Medal of Excellence (2014), and is a fellow of Canadian Academy of Health Sciences (2014), and the Aubrey J Tingle Research Award for contributions to the province of BC (2015). In 2015, she was awarded the highest civilian honour in Canada, the Order of Canada.

Award nominations open in the winter and are presented at the UBC MAA AGM and Awards Ceremony in the following spring.

Only nominations received by the deadline date will be accepted. Incomplete nominations will not be considered.

If you have nominated an individual for the 2019 MAA Awards, please note that nominations will be considered for up to 3 years from the original submission date.

Nominations will be reviewed by the UBC MAA Board of Directors after the nomination deadline. The UBC MAA will advise all nominators accordingly.