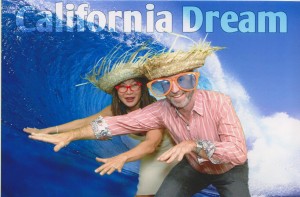 Frances Jang sat at the back of the lecture hall and Nicholas Carr sat at the front—he hadn’t yet realized he needed glasses—so the young medical students didn’t meet until they were paired for a doubles round-robin tennis tournament in third year.

Nick’s impaired vision didn’t hinder his tennis or his attraction to Frances. The righty-lefty team was competitive on the court, which caught Frances’ attention, as did Nick’s wit.

Their first date was seeing the movie Chariots of Fire with a friend, and before long they were sitting together at the front of the lecture hall, studying together and discussing whether to intern in the same place.

“It was the most intense and least private romance you can imagine,” says Dr. Jang. “Our classmates wanted to know all the ups and downs.”

While on a surgical elective in Kenya, Nick received a postcard with the wedding date from his well-organized fiancée back in Vancouver. The couple was married shortly before graduation and honeymooned on a two-week kayak camping trip in Haida Gwaii.

As interns in Toronto, they lived in residence on the hospital grounds, each sleeping in scrubs with a pager on an arm of the pull-out couch. Their careers evolved together and became complementary. Dr. Carr went into plastic surgery and is currently the Head of the Division of Plastic Surgery at UBC, and Dr. Jang became a dermatologist. They share a private cosmetic medical clinic in Vancouver called Skinworks.

Soon to celebrate their 30th wedding anniversary, the couple has three children—all who want to be doctors.

“They see how much we love what we do,” says Dr. Carr.