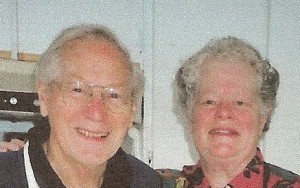 It was in the early days of Med school and we were all contemplating the fascinating prospect of dissecting our first cadaver. We hadn’t even had our first spot quiz yet when we moved breathlessly from one 60-second ID subject to another. What will happen if this structure is cut? Good heavens! Is it a nerve or a vessel? If the former, where has it come from and where is it going? Is this exposed square inch an arm or a leg? I suppose if it’s a vessel the answer is it will bleed – too easy. Must be a nerve. Maybe if I ease the coversheet down a bit I can see…Boing! “Move on please. Your minute is up.”

It was a relief to be given a pile of (plastic) bones so we could learn to identify attachment spots, tendon grooves, vessel entry points and where the darn things fit together. I was sitting on one of the cabinets, glad not to be bending over a cadaver, when a fellow student–a chap I’d never really met but I thought was named Roger – came over with a femur clamped firmly between his jaws. He looked at me hopefully (lovely blue eyes he had) and actually wagged his tail like any good retriever waiting for a drop order. I fear the thoughts that went through my mind were, “What on earth is this nut doing here? Surely the admissions committee could do a better job than this! What were they thinking?!” Then he gave a small whimper and dropped the wretched bone in my lap! My classmates were laughing at us both. No doubt my incredulous expression was ample cause for mirth, but I was actually quite intrigued. He wagged his tail and walked away, a bit sadly I thought.

A year later, when Roger sat in front of me in Path class, I discovered he could wriggle his ears in a most distracting way! I almost failed pathology but knew this young man was worth a look.  The next year, by then one of only four girls in the class, I was slotted with a female classmate, away from my usual alphabetical placing with the Cs and into the R clinical group with Roger. It was a real romance by then and a year later – in 1959 – we graduated together as an engaged couple.

In June of 1960 we were married and remained so for fifty years, until death did us part in 2011.