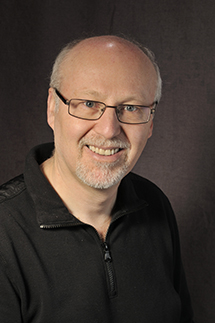 At the time, UBC was one of three Canadian programs that offered a Master of Science degree in Audiology, now under the School of Audiology and Speech Sciences. In making his decision to move from Toronto to Vancouver, UBC’s location made an impact. “Being from Toronto I had never seen the mountains or the ocean before,” Marshall remarked. “While local BC inhabitants may take this for granted, it was quite novel for me.” When asked to look back on his time as a student at UBC, he recalls the excellent clinical facilities, an audiology program that was a good combination of theory and clinical work supported by a strong foundation of research, and meeting some of his closest friends during his time at UBC.

After working in a clinical and rehabilitative facility for several years, Marshall noticed a void in the field of audiology in how best to assess and provide solutions for those in the performing arts. In 1985, he helped found the Musician’s Clinics of Canada; the first clinic of its kind in North America to serve performing artists. One of Marshall’s primary areas of clinical interest and research is the preservation of hearing with musicians and those who like to listen to music. Marshall has published the first two textbooks on this topic and has been invited to speak at conferences around the world.

Currently, Marshall’s work involves clinical and research duties. In addition to seeing a full caseload of adults and children with hearing difficulties, his clinical research includes a focus on new hearing aid technologies that he helped develop in conjunction with the hearing aid industry.

Marshall credits his education at UBC with providing him with the bridge between the theory and the practical/clinical application. “Everything that I do clinically is based on the theoretical and clinical models, tools, and skills that I learned at UBC,” Marshall praised. “[UBC] taught me which buttons to push.” After ten years in the audiology profession, Marshall returned to school and obtained his Doctorate of Audiology in 2003.

Almost 40 years into the profession of audiology, Marshall notes that he continues to enjoy going to work every day. “One of the major reasons is that there is always something new to learn and new questions to ask,” Marshall says. “When I first graduated, the issues were “merely” technical, and like any technical/clinical field, I kept abreast of the progress. Today, the questions are much more complex, and some actually are aimed towards the long held assumptions that [audiologists] hold dear to our clinical hearts whenever we see new clients.”

When asked about the key to his success, Marshall remarked that tenacity is the most important quality. “If you have an idea, grab hold of it like a dog with a bone, and don’t let go,” he advised. “Like all fields, there are times when you will metaphorically be ‘knocked down.’ If you are knocked down ten times, then get up ten times.”