Rizzardo was invited to interview for the job of Chief Therapist with the 2010 Olympics after his job as Chief Therapist for the 2007 Pan-American Games in Rio De Janeiro short-listed him for the role. When he was asked if wanted the job, a volunteer position, his answer was a resounding yes. When asked why, he replied “Because I’ll never have the opportunity to do this again in my career.” Rizzardo grew up in East Vancouver, and the opportunity to take the job in his hometown thrilled him.

While long and stressful, he insists that he wouldn’t trade the experience for anything in the world. A year before the Olympics, Rizzardo and Dr. Bob McCormack, the Canadian Olympic team’s head doctor, visited the Canadian teams, getting to know their wants and needs from the coaches, athletes and medical team. From there he helped handpick the therapist team that he would be working with for the duration of the games. During the games Rizzardo helped manage his team of forty five through the good and bad moments.The teamwork and interdisciplinary collegiality between the trainers, therapists and doctors that he experienced during the games is something that Rizzardo would like to see applied to the general practice of Physiotherapy. With the doctors, trainers and imaging technology all accessible within one facility, therapists could collaborate directly with other medical personnel to ensure that the athletes received the best care possible.After his experience in 2010, Rizzardo will also reprise his role as Chief Therapist for the Canadian Olympic Team at the 2012 Games in London. He believes that his experiences at the 2010 will help his preparation. Anticipating a much larger games, he wants to ensure he is as organized for 2012 as he was for 2010. After dealing with extenuating circumstances during the Vancouver games, one in which an athlete’s mother died, he also stresses the importance of knowing the strengths and weaknesses of his team and preparing them for every possible situation. 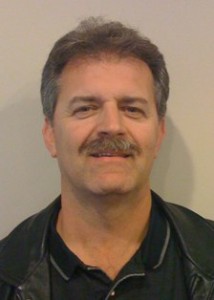 On February 28, 2010, Marc Rizzardo, Chief Therapist for the Canadian Olympic Team was basking in the final day of an experience that he calls the highlight of his career.

Sitting in a VIP Box at Canada Hockey Place between the Blue line and Centre with Chef de Mission for the 2010 Olympic Games, Natalie Lambert and Assistant Chef de Missions Joe Juneau and Steve Podborski, Rizzardo watched Sidney Crosby score the winning goal of the Gold Medal Game in his hometown. After months of intense preparation and time away from his family, the moment was the highlight of his games.

Rizzardo grew up in East Vancouver and completed all of his schooling at UBC. In 1977, as he was completing his Bachelor’s Degree in Physical Education, his dream to be a PE teacher changed after spending an afternoon per week for a semester in an elementary school and becoming disenchanted by the structure of the curriculum. Rizzardo completed his degree and changed career directions.A long time soccer player and enthusiast, Rizzardo’s experience playing for UBC eventually landed him a job as trainer for the Canadian National Team. He spent the next year travelling with the team as Apprentice Coach, gaining experience and meeting key mentors Derek Mackesy who would eventually write Rizzardo a reference letter that helped him get into Physiotherapy the second time around. Rizzardo completed his Masters in Physical Education at UBC in 1981 and after attending the 1984 Olympics as therapist for the Men’s Soccer Team, Rizzardo was offered a spot in Rehabilitation Sciences at both UBC and Western, and he credits his mentors, Clyde Smith, Glen Page and Alex McKencknie for steering him toward UBC’s program.After graduating in 1987 with his Bachelors of Rehabilitation Sciences and a short 8 month stint working at the WCB rehab centre, Rizzardo opened his own private practice. Now in its third location in Burnaby, he continues to work with patients while taking advantage of the career opportunities that have come his way. Many of his roots remain in UBC – he is currently a clinical instructor for the University. In the 90’s he taught a course on Sports Physiotherapy and recently participated in a course that taught fourth year medical students when and how they should use physiotherapy in their jobs.

Rizzardo’s role as a coach and his practice are intertwined. With the support of his wife and kids, he is able to work for himself and building his schedule around his life.

In addition to his own practice, he is currently Director for SportMed BC, a Physiotherapist Consultant for the Minnesota Wild, EA Sports, Ubisoft and Canada’s National Soccer & Fencing Team, a Clinical Instructor at UBC’s school of Rehabilitation Sciences, National Examiner for Sports Physiotherapy Canada. His resume also includes past experience as Assistant Coast for the Vancouver Whitecaps Women’s Team and Head Coach for the Langara Men’s Soccer Team.

Rizzardo loves his job. The improvements he sees in his patients from day to day and the wide variety of the injuries that he deals with are what keep him enthusiastic and interested in his job. Every day is different and every person he meets presents a new challenge. 90% of what he works on are extremities and he calls himself a “knee and shoulder guy.” He also has a special joy in working with adolescents and insists if he wasn’t working with them in his own practice, he would have worked in a children’s hospital.

With reminders of London games looming in his inbox, Rizzardo is taking the lessons learned from the Vancouver games and is keen to translate the integrated, interdisciplinary approach both into his own practice and again at the Olympics in London 2012.