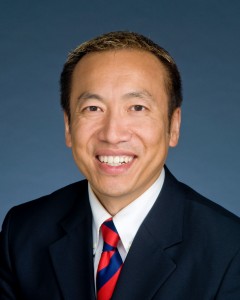 Dr. Lui has been the Medical Director of The Skin Care Centre, the Lions Laser Skin Centre, and the Psoriasis & Phototherapy Clinic since 1994. He is also the Head of the Department of Dermatology and Skin Science at the University of British Columbia. In 2001, Dr. Lui received the UBC Killam Prize for excellence in teaching. His teaching extends globally as a visiting Professor and speaker on five continents.

Along with his duties at The Skin Care Centre and UBC, he is also on staff at the BC Cancer Agency and the BC Children’s Hospital. Dr. Lui is also the current Director of the CIHR Skin Research Training Centre and the VGH Photomedicine Institute.

Dr. Lui has been the principal investigator in over 45 research projects, has published over 130 peer-reviewed papers, 11 book chapters, and is the co-inventor of 6 patents for dermatology. Dr. Lui is the co-inventor of Verisante Aura, a device that will enhance our ability to detect skin cancer lesions. His clinical and research interests include lasers, photomedicine, psoriasis, vitiligo, and dermatologic education.

Widely respected as an expert on skin cancer prevention, detection, and treatment, Dr. Lui brings a wealth of knowledge to the discussion about Cancer Screening.