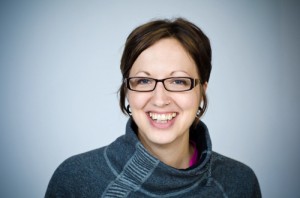 Beth Duncan, BMid ’06 knew she wanted to study and practice midwifery in Vancouver, but when she finished her undergraduate degree, UBC Midwifery didn’t exist. She had been waiting for the program at UBC to be launched since the profession was regulated in British Columbia in 1998.  In 2002, when the program selected the first 20 students (10 students into first year and 10 students into second year), she was lucky to be one of them. The program has changed and evolved over the last 10 years, but one thing that has remained consistent is the enthusiasm and passion among midwives and women for a relatively new regulated profession in Canada.

As members of the first class of a new program, Duncan and her fellow students were guinea pigs. The instructors and administrators were testing the structure and the curriculum, and they welcomed feedback and suggestions from the students.

“We felt like we had a say in the program as it evolved and continued to move forward,” Duncan says.

Now a practicing midwife at Pomegranate Community Midwives on East Hastings Street in Vancouver, Duncan works with a fellow UBC Midwifery graduate, Rachel Rees, BMid ’11. Even though Rees graduated five years after Duncan, she says the Bachelor of Midwifery program is still developing.

“A benefit of leadership by a small group of faculty members, who are constantly interacting with intelligent—and vocal—students, is how the program continually evolves,” Rees says. 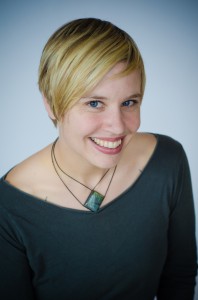 Despite the success of midwifery in BC, the profession is still widely misunderstood. Plenty of people believe midwifery is only for “granola” mothers, and others do not understand the difference between doulas and midwives. Some people mistakenly believe they would have to pay out-of-pocket for midwifery services, when they’re actually covered by the provincial Medical Services Plan.

Rees, Duncan and their colleagues are contributing to the evolution of the profession by breaking the stereotypes and misconceptions with awareness and education. Pomegranate Community Midwives strives to be part of the community rather than a clinician office. It’s open for appointments three days a week, and on the other days it operates as a not-for-profit community space available for rent for women, baby and family-centred activities. The goal is for the community and local residents to feel invested in the space, and it’s working—the local community has embraced Pomegranate.

The profession has only been regulated in Canada for 15 years, but more and more women are choosing to use a midwife as they learn of the benefits and as midwives become more accessible. This small group of committed professionals is clearly making great strides.

The hours are long and the work is demanding, but Duncan and Rees agree midwifery is an incredibly rewarding profession.

“The element of trust present when I’m involved in someone’s most intimate and vulnerable moment is a privilege I highly value,” says Duncan.

Despite the rewarding nature of the work, the profession suffers from a high attrition rate. Dealing with this proactively is something that is taught in the UBC curriculum. Students learn how to nurture oneself as a midwife and build a plan for dealing with stress before they enter the profession. This area will likely continue to evolve as midwives look to other models of midwifery care to find best practices to lower burnout and provide effective support for an incredibly demanding and emotionally fatiguing profession.

Duncan and Rees agree the next priority of the profession is to make midwifery more accessible to marginalized women across Canada. They’re doing their part by looking at models of midwifery care used in other countries in an effort to find a more sustainable model for the Pomegranate Community Midwives where they work. The BC government and UBC Faculty of Medicine are addressing this issue by doubling the number of students admitted to the Bachelor of Midwifery program each year by 2013. Training more midwives and including student placements in rural and remote areas is intended to encourage graduates to practice outside of the Lower Mainland.

UBC Midwifery will continue to evolve in the coming decade. Individual faculty members, students, practicing midwives, government and citizens are all propelling the profession forward so it can better serve parents and newborn babies and meet rising demand for midwifery care in the future.

If you want to find out more information about Pomegranate Community Midwives, you can visit their website: http://www.pomegranate-midwives.com/