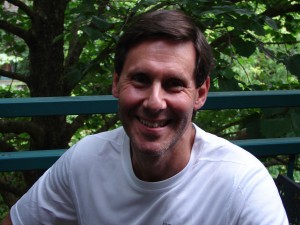 Whether the story is told by the character in an opera he’s learning or by a patient in his Toronto psychiatry practice, Dr. Avery Krisman is fascinated by what the story reveals about the person who shares it. His approach to psychotherapy grew from his interest in talking with patients to understand who they are as people, not to diagnose them into a pre-established category.

“It puts me in the position to listen to what they’re saying,” Dr. Krisman says. “Not necessarily in a conscious way, people tell me about how they view the world and how they live in the world through their stories. People are complicated so I don’t get the whole picture in the first session or sometimes even in the fiftieth, but if I listen carefully, I come to understand somebody in a way maybe they haven’t even understood themselves.”

In medical school at UBC, Avery was the student who could sing. He joined a madrigal group, took voice lessons and was sought out for skits night. His talent for music helped him fit in.

“Medical school was a mismatch for me in a lot of ways, but a few teachers caught on that I was a fish in the wrong pond,” Dr. Krisman says.

During a third-year rotation at Shaughnessy Hospital, Avery ignored a page to call the Dean’s Office thinking it couldn’t be anything good. It turned out he was chosen for an all-expenses paid trip to an important diabetes conference in Boston, attended by students who had already published papers and lined-up positions in the field.

“Dr. Dawson, a clinical faculty member in endocrinology, had put my name forward sensing I had some potential that I wasn’t really realizing yet,” he says.

Dr. Krisman discovered his potential in psychoanalytic thinking, psychotherapy and opera during his residency in Toronto, with the help of some inspiring mentors. One of them was his new singing teacher, who informed him that he had a good voice but didn’t know how to sing. Humbled and offended, Dr. Krisman put some sweat into learning to sing well, and in the past decade he has performed in over a dozen operas.

“It’s a fabulous distraction from my emotionally taxing work,” he says. “It’s good to have that sort of outlet.”

Alongside his private psychotherapy practice and his singing, Dr. Krisman also dedicates some of his time to working with the chronic population, people who are down on their luck and seen to be suffering persistently from mental difficulties. He has also taught undergraduates and residents, mostly supervising in psychotherapy. In working with the chronic population Dr. Krisman feels it is particularly important to listen for their view of the world and to try to understand them as unique individuals rather than as a series of impersonal diagnoses and labels. “I try to encourage this approach with students as well, counter to the current wave in psychiatry.”

“In my career and my life, I’m most proud of the things I’ve pursued that were hard, that I didn’t think I was going to be able to do,” Dr. Krisman says. “The last three operas I’ve done were 20th century pieces, and if you know anything about opera, you’ll understand they’re a pain in the neck. When I’m with a patient and I think I’ve got it all figured out, I’m receptive enough to realize, wait a second, that’s wrong. Something new has come up in what they’re saying and the whole picture is changed. I never let myself settle on a rigid formula. Each person is completely different than the last person I saw. The prospect and privilege of getting to know somebody and their life is really exciting to me.”