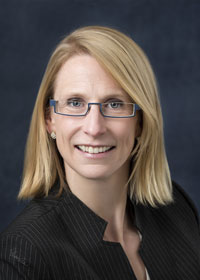 Dr. Yarrow McConnell is a Clinical Assistant Professor of Surgery at the University of British Columbia, a Consulting Surgeon at the BC Cancer Agency, and a Surgical Oncologist and General Surgeon at Vancouver Coastal Health. Her clinical focus is the treatment of peritoneal and other advanced abdominal cancers, including those arising from the appendix, colon, rectum, stomach and small bowel.

She received her medical degree from Dalhousie University in Halifax, Nova Scotia, earning several scholarships and a prize for the highest standing in fourth-year medicine. She went on to complete a residency in general surgery at Dalhousie University and a surgical oncology fellowship at the University of Calgary, including time spent as a visiting fellow at the North Hampshire Hospital Foundation’s Peritoneal Malignancy Program in Basingstoke, UK. She holds an MSc in cancer biology from the University of Calgary, and completed the Clinician Investigator Program at the same institution.

In addition to her clinical work, Dr. McConnell is actively engaged in teaching and research. She has published several studies on the use of cytoreductive surgery and HIPEC for advanced peritoneal cancers and has presented extensively on this topic nationally and internationally. Dr. McConnell is a member of numerous professional and learned societies, including the American College of Surgeons, the American and Canadian Societies of Surgical Oncology, and the American Society for Clinical Oncology.