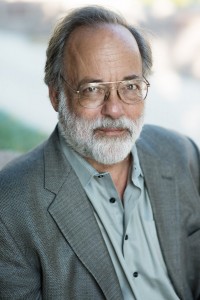 Dr. Stephen Read is a Clinical Professor in the Department of Psychiatry and Biobehavioural Sciences in the David Geffen School of Medicine at the University of California, Los Angeles and the Attending Staff Psychiatrist for the Outpatient Geriatric Psychiatry Program at Greater Los Angeles Veterans Health Care System. A clinical and research psychiatrist with board certification in the subspecialties of forensic and geriatric psychiatry, Dr. Read has been qualified as an expert witness in United States federal and multiple courts.

Primarily a clinical geriatric psychiatrist, Dr. Read pioneered new approaches to clinical care in a diversity of settings. For outpatient care, he developed Psychiatric Home Physician Care Management for selected complex cases in private practice. One of the first geriatric psychiatrists to work extensively in long-term care, he received a commendation for his role in developing the Nursing Home Care Unit program at the West Los Angeles Veterans Affairs Medical Center. Dr. Read then became the founding Medical Director of the John Douglas French Center for Alzheimer’s Disease, where he developed skilled nursing programs for patients with differing care needs. Under Dr. Read’s direction, these programs were integrated with assisted living, community care, day care and acute psychiatric care programs.

Although his main research focus has been Alzheimer’s disease, Dr. Read has also investigated other causes of cognitive impairment (frontal lobe and sub-cortical dementias, stroke, prion disease, hydrocephalus), depression and psychiatric aspects of other disorders such as Parkinson’s disease, cortico-basilar degeneration and TTP (thrombotic thrombocytopenic purpura). His efforts have contributed to fostering a multi-dimensional understanding of the function and expression of Alzheimer’s disease, as well as the differential effects of Alzheimer’s disease and other disease processes on patients and families.

An experienced teacher and public speaker, Dr. Read is also a member of several advisory boards including the Scientific Advisory Board of the French Foundation for Alzheimer Disease and the Alzheimer’s Disease Research programs at the University of Southern California, University of California Irvine. He reviews articles for several medical journals and has published more than 40 articles and chapters in peer-reviewed journals and other media. As part of his forensic work, Dr. Read has written on the question of the capacity to marry and has extensive experience in the analysis of undue influence and abuse.