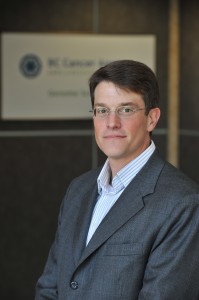 Dr. Marra is the UBC Canada Research Chair in Genome Science, and a member of the Order of British Columbia. He is a recipient of a 2013 UBC Killam Research Prize, and a 2012 and 2007 UBC Faculty of Medicine Distinguished Achievement Awards. He was elected to the Canadian Academy of Health Sciences in 2009; and was appointed a Fellow of the Royal Society of Canada in 2007. In 2004, he received a Terry Fox Young Investigator Award and BC Biotech’s Innovation and Achievement Award (together with the entire GSC staff) for sequencing the SARS coronavirus genome. His contributions to genome science led to an honorary Doctor of Science degree from Simon Fraser University in 2004, and an honorary Doctor of Laws degree from the University of Calgary in 2005.

Dr. Marra has been involved in the development and application of high throughput genomics and bioinformatics strategies across the spectrum of life sciences research. The current focus of his research activities include the characterization of cancer genomes, transcriptomes and epigenomes, with the aim of comprehensive identification of the genetic and epigenetic changes that drive cancer progression. With such information in hand, it is hoped that a new generation of diagnostic, prognostic and treatment options will emerge for the benefit of cancer patients.