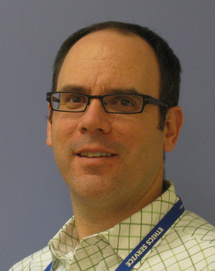 Looking back at his time completing his three year medical residency at BC Children’s Hospital, Guilcher recalls his time at UBC as poignant and impactful, which continues to influence his clinical work on bone marrow transplant (BMT) to this day.  ‘The residency program at UBC is a world leader in both the respect and responsibility given to residents in their training.  More than a place of learning, UBC was a place of collegiality, where I built lifelong personal and professional connections.’ When asked if there was anyone in particular who was influential during his time as a medical resident, without hesitation Guilcher identified sickle cell and bone marrow transplant leaders, Dr. John Wu and Dr. Jeffrey Davis as clinical faculty who inspired and fueled his passion for BMT research.  ‘Both Wu and Davis gave me an opportunity to become involved as a resident and really develop my passion and interest in the areas of oncology and hematology.’

Through Guilcher’s leadership within BMT research and the STAR program, the Alberta Children’s Hospital has successfully cured sickle cell anaemia in thirteen children, which involves a bone marrow donation from a sibling match.  The odds a patient has such a sibling are one in five. In partnership through STAR, Guilcher is working among other pediatric haematologists across North America to improve the transplant process, reduce potential side effects and track long term impacts of therapy.

Guilcher attributes the foundation of the STAR program in Canada and working with his team at the Alberta Children’s Hospital amongst his greatest achievements to date (aside from his three children). When he’s not working to cure sickle cell disease, Guilcher enjoys spending time outdoors with his wife and family, curling and following rugby.  Items on his bucket list include travelling the Trans-Siberian Railway and expanding accessibility of BMT therapies for sickle cell disease to developing countries.