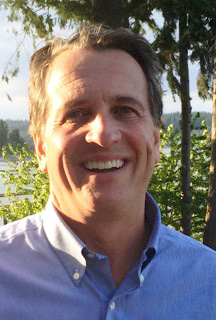 It’s not easy to balance a busy orthopedic surgery practice and write a fiction novel, but that’s exactly what Douglas Hassan, BSc’83, MD’87 accomplished. Hassan spent the better part of a year writing and publishing his first novel, ‘The Reservoir’, a page turning, plot driven adventure thriller. Sparked by the desire for a creative outlet, Hassan sought out to challenge himself to write a compelling story that people would want to read. Published in June 2015, The Reservoir touches on themes of bioterrorism, justice and transcontinental socio political conflict. Looking back on pursuing a creative project, Hassan thoroughly enjoyed the challenge. “The rigid demands of practicing surgery leave little measurement for creativity; it was a gratifying opportunity to explore writing as a creative outlet.”

While it was challenging to juggle his practice, family life, and write The Reservoir, Hassan attributed his success to being highly organized and ultimately from getting a lot of joy out of writing. “Managing my time was often difficult; there were many late evenings and weekends, but I quickly began to anticipate and look forward to writing, making it easier to find the time.”

Publishing a fiction novel was undeniably a big risk for Hassan. However, he relates this to a risk he took early on in his medical career. Starting out initially as a family doctor, Hassan made the decision to specialize in orthopedics, ‘‘The decision to go back into training and complete an orthopedic residency felt like a big risk. I knew it would be demanding with long hours. I was concerned that it would be difficult for my wife and whether I could do it. No one wants to experience failure. But it turned out to be a great decision!” Currently a board-certified orthopedic surgeon with extensive expertise in hand surgery, Hassan provides advanced surgical treatment for conditions of the hand and upper extremity resulting from trauma, disease or sports related injury. Hassan’s fascination in surgery led him to pursue his area of concentration. He was intrigued by the complex structure and evolutionary significance of the human hand, as well as the variety that orthopedics offered. Hassan credits his belief in the importance of clear communication with each patient back to his time as a medical student at UBC, “Looking back at my time as a medical student, the professors really emphasized the importance of listening to each patient. Listening builds trust and establishes a connection. Ultimately, it’s the most important piece of information.” Outside of the classroom, Hassan recalls the annual Skits Nights, along with the camaraderie and friendships developed during his time at UBC. Overall, he fondly remembers his time at UBC and the process of learning to become a physician and a surgeon.

A member of the American Society for Surgery of the Hand and the American Academy of Orthopedic Surgery, Hassan currently resides in Washington State with his family. Hassan enjoys skiing, golf and is currently working on his second novel, a sequel to The Reservoir.