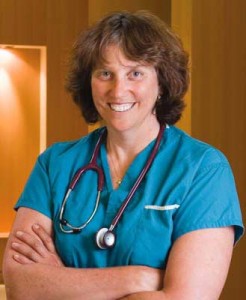 Dr. Dianne Miller is the Division Head of Gynaecologic Oncology in the Department of Obstetrics and Gynaecology at the University of British Columbia and a gynaecologic oncologist at Vancouver General Hospital and the BC Cancer Agency. She is also the Provincial Gynaecology Tumor Group Chair for the BCCA, and a member of Vancouver Coastal Health Research Institute. Dr. Miller completed a BSc in Microbiology at UBC and subsequently her MD again at UBC. She interned at the Toronto Western Hospital prior to working as a Family Doctor in Yellowknife NWT for 2 and ½ years. In 1988, Dr. Miller completed her Royal College certification in Obstetrics and Gynaecology at UBC. This was followed by completion of a Royal College Fellowship in Gynaecologic Oncology at the University Toronto in 1990. Dianne has been employed at BCCA (British Columbia Cancer Agency) and UBC since that time.

In 2000, Dr. Miller co-founded OvCaRe, a group of physicians and scientists with the common goal of enhancing ovarian cancer research in British Columbia, and with the explicit goal of improving outcomes for ovarian cancer patients. Dr. Miller is actively involved in both clinical trials and in collaborations with translational and basic scientists.

(Dr. Miller and the team have had a great impact on prevention initiatives, understanding the genesis of common ovarian cancers, and in using targeted therapies for ovarian cancer. In 2010 her team made a breakthrough that they believe may result in a 50% drop in the incidence of High grade serous cances over the next 20 years. They believe that incidence and mortality rates will be greatly reduced if women getting routine hysterectomies or tubal ligations have their Fallopian tubes removed too, instead of following current practice and leaving them intact. In addition the use of routine genetic testing for BRCA 1 and 2 mutations will contribute to a decrease in incidence of HGS cancers. As doctors learn about these findings and implement this practice into current surgeries, we will begin to see the preventative effect on women worldwide.)