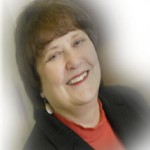 When Carol Herbert, MD ’69 looks back on her life as a child, she remembers that she didn’t always want to be a doctor, let alone a Dean.  At the young age of six, Herbert enjoyed writing and thought that she would be an author but instead, she almost became a first grade ‘drop out’.  Unable to ‘run in’ for skip, Herbert stayed home with a stomach ache.  So how did Carol Herbert go from being an almost first grade ‘drop-out’ to Dean of Schulich School of Medicine & Dentistry?  Herbert’s older sister ‘made the diagnosis’ and helped her to master the art of skipping; in the process she learned that she could be anything that she wanted to be.

Carol Herbert’s resume is definitely impressive.  She graduated from UBC with a Bachelors of Science in biochemistry in 1966, conjoint with first year Medicine, at the young age of 19.  Visionary instructors such as Dr. David Hardwick, Dr. Mavis Teasdale, Dr. Margaret Mullinger, Dr. Patrick Rebbeck, and Dr. Bill Webber became Herbert’s role models and mentors.  It was Dr. Hardwick’s ability to think long-term which influenced Carol Herbert in her path within the medical profession.

Herbert had originally planned on specializing in Child Psychiatry, but while working as an intern, she had a baby which delayed the start of her residency by a few months.  During that time, she worked locums and fell in love with family practice to which, in those days, she had not had any exposure to yet.  Family practice was rewarding because it allowed her to have constant contact and interaction with patients and combined her passion for the sciences, arts, and humanities.  It also allowed her to balance career and family commitments.

After dedicating herself to family practice research and teaching at UBC and chairing the department for ten years, Herbert knew that she wanted to make a bigger difference and felt that her leadership style which promoted collaboration, diversity and constructive criticism, could be useful.  Carol moved to London, Ontario when she was appointed Dean of Medicine & Dentistry at the University of Western Ontario.

It wasn’t an easy decision to leave British Columbia.  Leaving her extended family, practice, UBC, and the beautiful scenery was heart-wrenching but the opportunity to be able to facilitate change on a large scale was impossible to resist.  Herbert’s previous experience working in situations of complexity with multiple partners in research, practice and education settings prepared her for the some of the challenges she would face as Dean.  Always keeping her values at the core, Herbert was able to attract a major donor which resulted in the naming of Faculty as the Schulich School of Medicine & Dentistry, expand the School with the establishment of a campus in  Windsor, double student enrollment, double  medical research funding,  and introduce an undergraduate medical sciences degree.  For 11 years, her achievements as Dean left an indelible mark with the school as well as its students and alumni.

One year into her new chapter of life, currently a visiting professor at UBC, Herbert still stresses the importance of social accountability and makes a point of connecting with her students.  It’s about asking the right questions, engaging in self-direction and believing that you can be anything you want to be.